Unlocking the Power of the Potato

Traditionally, growers have produced potatoes using seed potatoes rather than true botanical seeds, but seed potato tubers are bulky and a logistical nightmare. When tubers are not appropriately certified, they can also be degenerated, contaminated with diseases and highly perishable. Today, a revolution in potato breeding is here in the form of hybrid true potato seeds (HTPS). One of the main benefits of growing potatoes from true seed is the simplified, low-cost logistics: 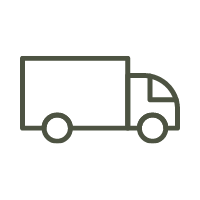 Potato seeds are unreliable, which is why most potatoes are grown from potato seed tubers.

However, new technology is enabling potato seeds to produce predictable and consistent offspring.

DNA carries the genes which dictate a potato’s characteristics. With hybrid true potato seed, genetic variety is reduced to allow the production of a standard product with only the desirable traits. This means that stable potatoes can be grown from seed, not only from seed tubers.

The Problems… and the Potential of Potatoes

The world’s population is increasing, and climate change is making it harder than ever for farmers to grow good food crops. The humble potato has the potential to help solve these problems. Potatoes are cheaper, healthier, more nutritious and more water-efficient than many other staple crops. So, why isn’t the world fuelling on potatoes?

However, RegenZ has access to new breeding technology that will help to solve these problems: namely, hybrid true potato seeds.

25 Grams of HTPS potato seed is needed versus 2,500 KGS of potato-seed-tubers to plant 1 hectare.

HTPS is clean and disease-free versus potentially diseased and contaminated potato-seed-tubers.

Years of storage is possible with hybrid true potato seeds while potato-seed-tubers are highly perishable.

Hybrid breeding delivers a predictable and continuous flow of improved products while historically traditional potato breeding has made limited advancement in the last century.

We are working closely with Solynta to trial and develop HTPS in Southern Africa. Solynta is a hybrid potato breeding company based in the Netherlands. The company develops hybrid potato varieties with superior traits and performance faster than traditional breeding.

We are thrilled by the enormous future applications of this technology!

that is pioneering HTPS technology

What is true potato seed?

Where do true potato seeds come from?

Potato plants produce small green fruits about the size of a cherry tomato. They are filled with hundreds of potato seeds.

What’s the difference between true potato seeds and seed potatoes?

A seed potato is actually a tuber, not a seed. A true potato seed (TPS) is an actual seed from the fruit of the potato plant.

You can learn more about seed potatoes in our comprehensive guide.

Can you plant true potato seeds?

Potatoes can be grown from true potato seeds collected from the berries of the potato plant. However, this is generally not commercially viable since it’s not as reliable as growing potatoes from seed potato tubers. Every seedling grown from true potato seed is genetically unique. This means that they will produce tubers with different characteristics to the parent, which is indesirable for commercial farmers. In addition, most modern potato varieties are either poor at forming seeds, partly sterile, or both.

However, with new technology that breeds hybrid potato seeds, we can combine existing varieties of potato, using beneficial potato traits from one variety and putting them to use in another variety to breed varieties that have better taste, improved disease resistance or higher nutritional value.

What are the benefits of hybrid potatoes?